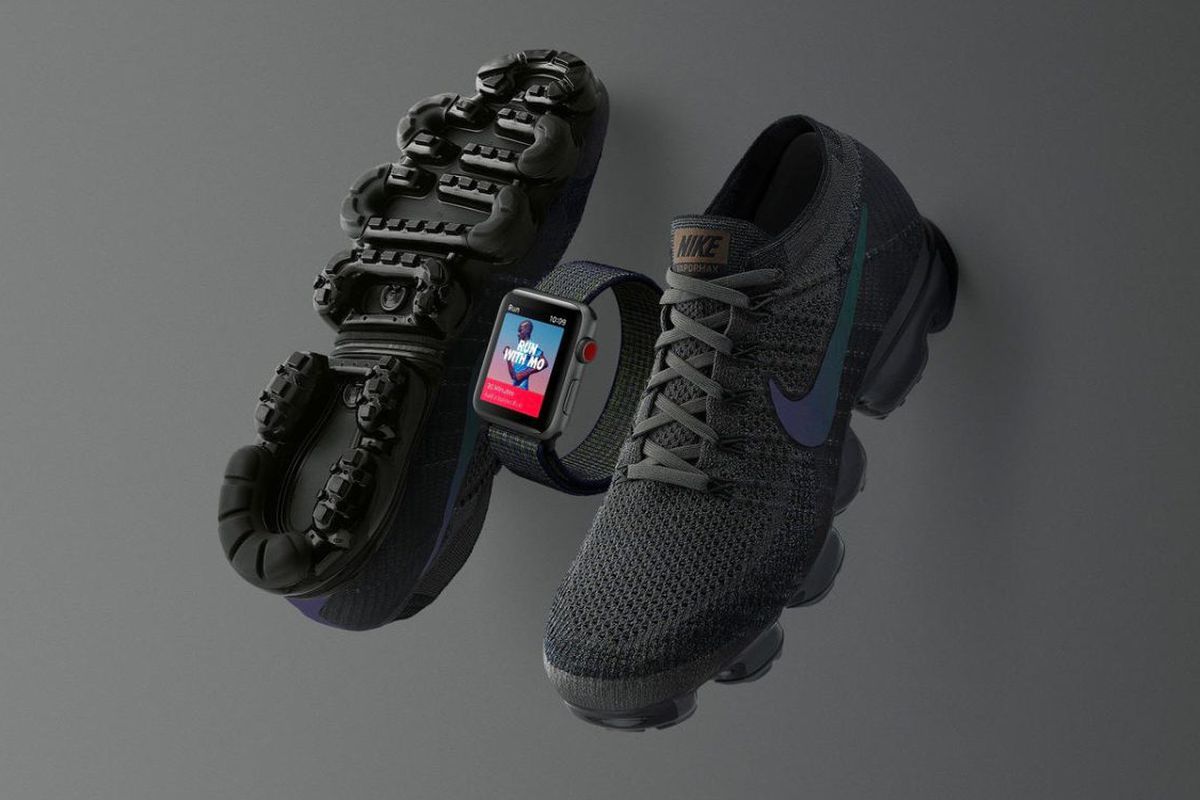 Nike announced today that it’s releasing a limited edition Midnight Fog Apple Watch Series 3 with LTE that’s designed to match its upcoming Air VaporMax running shoes. The Watch will be available tomorrow at nike.com and in retail stores for $399, while the Air VaporMax will sell for $190 starting on November 24th.

It’s the second time Nike’s released a special line of Apple Watch products alongside corresponding sneakers. Earlier this year, Nike released the Day to Night collection designed to match the VaporMax Flyknit shoes. It featured four different sport bands with perforated holes that you could purchase separately from the watch.

It doesn’t look like there are plans to sell the Watch Band separately yet, so if you want a band that’s “deep greys with iridescent accents“ without buying a whole new Apple Watch, thankfully, there’s a cheaper solution. To the untrained eye (at least mine), there’s barely any difference between the Midnight Fog band and the Black Sport Loop band. The Midnight Fog band doesn’t even have any sweat holes like the Day to Night collection did, so I’m really struggling to see what the point of this new limited edition Apple Watch is other than to appeal to hypebeasts.

Apple Watch Nike+ editions have all the features of the regular Series 3 Watches, but the only difference is that they come with exclusive watchfaces and a Nike+ Run Club app that can be launched directly from the complication.