Tech
The Eta Clock tells you where your family members are, just like in Harry Potter 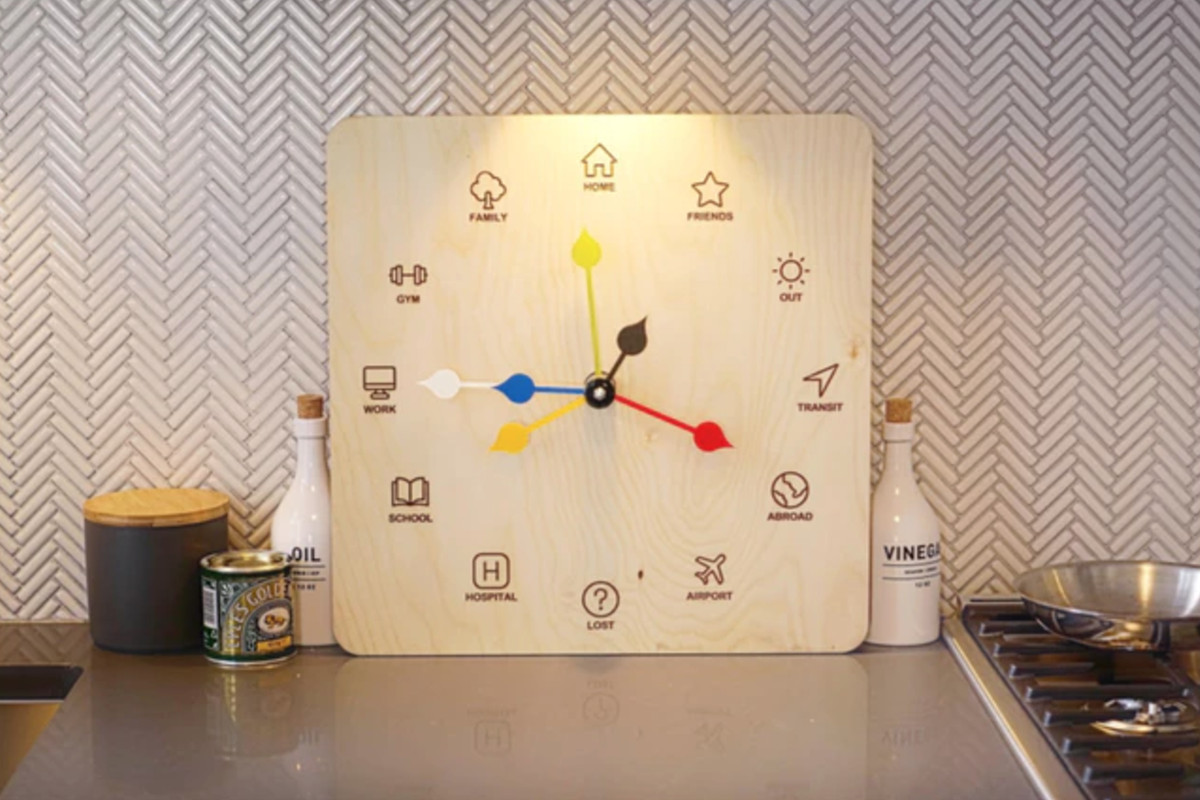 The Eta Clock is a new Kickstarter project from a startup called DC Creatives that works with a smartphone app to show you the locations of your friends and family members, using a fun, clock-style interface.

So basically, it’s a real, functional version of the Weasley family’s magical clock from the Harry Potter series. And — putting aside the fraught social issues of needing to know your family member’s locations — it’s kind of amazing that it exists. While it’s worth pointing out that the Eta Clock is by no means the first to emulate the Weasley family’s tracking timepiece, it is (to the best of my knowledge) the first product that is ostensibly being sold to consumers. (Unless the Kickstarter crashes and burns, that is.)

Unlike Mrs. Weasley’s version, the Eta Clock relies on modern technology rather than actual sorcery to accomplish the job. Using a companion app, each user can set specific locations on their phone corresponding to places like “work,” “gym,” or “school,” along with more general categories like “abroad” (when someone is outside their home country), “transit” (if the individual is traveling faster than three miles per hour), or “lost” (if the person’s phone hasn’t updated location in more than five days).

There are, of course, some privacy concerns with the Eta Clock, which works by broadcasting your location to the company’s server, which then relays it to your clock. DC Creatives says that it will immediately delete data as soon as it’s sent to your Eta Clock, however. Additionally, users will be able to control to what extent they share their location, which should help alleviate some of the concerns about being tracked.

There is one other quibble I have with the Eta Clock: much like its magical counterpart from J.K. Rowling’s books, it doesn’t seem capable of telling you the time.

The ETA Clock is available to back on Kickstarter for an early-bird price of $350, which DC Creatives claims is a $150 savings off the intended retail price of $500. The company hopes to ship the finished products in July 2018, which is something to note as a possible concern given how far away that ship date is, along with the company’s relatively unfounded experience when it comes to shipping hardware products. As is always the case with crowdfunded gadgets, use your best judgement before backing.